Based on true events, this mini-series tells the incredible story of two German computer pioneers who go to court for their rights as inventors of the Google Earth algorithm in a battle against a seemingly invincible opponent. From the hacker scene in post-reunification Berlin in the 1990s to the idealistic world of early Silicon Valley and the harsh reality of a multi-million dollar lawsuit, The Billion dollar Code tells a story of a great friendship, loyalty and the question of justice in the digital age.
The Netflix series was produced by the Kundschafter Filmproduktion and Sunny Side Up Films.
Directed by Robert Thalheim
Casting Director: Simone Bär 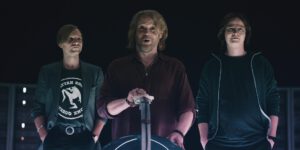